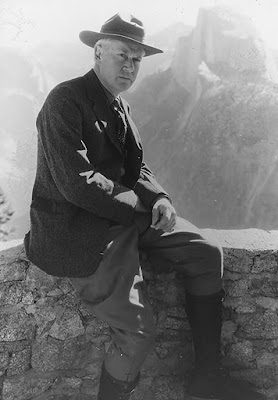 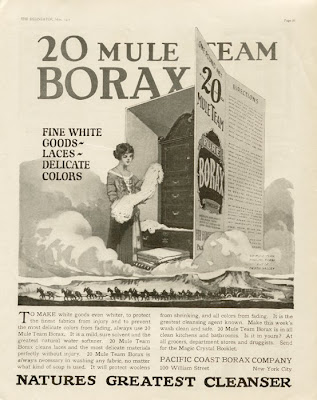 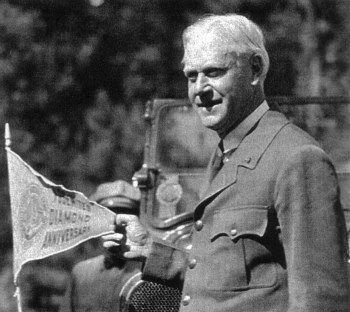 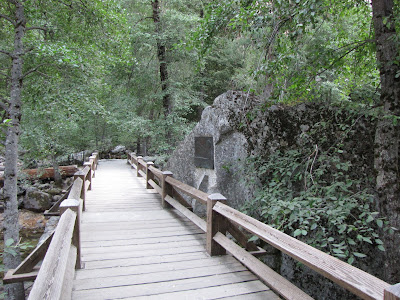 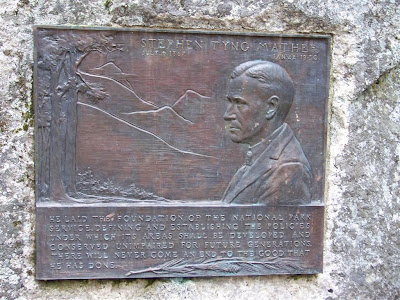 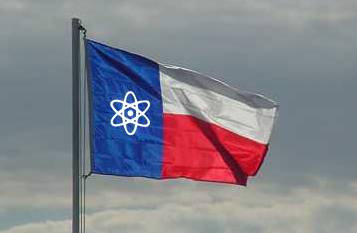 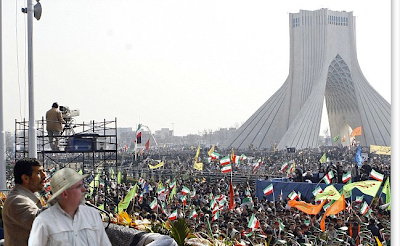 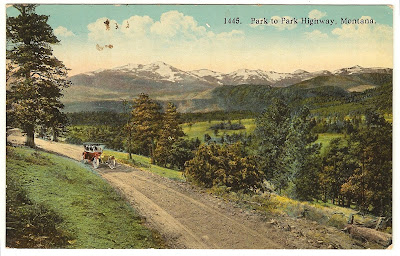 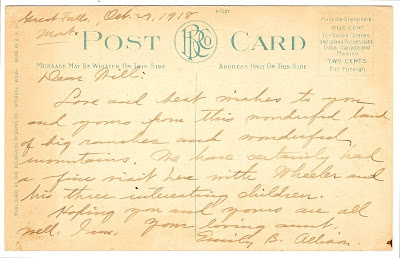 An unmailed and post card addressed to my great-grandfather, Will Benton, from his maternal aunt Emily Fowler Allison.

Dear Will:
Love and best wishes to you and yours from this wonderful land of big ranches and wonderful mountains.  We have certainly had a fine visit here with Wheeler [another nephew Reuben Wheeler Coy] and his three interesting children.
Hoping you and yours are all well.  I am, your loving aunt, Emily B. Allison

Full disclosure:  I'm not a big fan of modern art.  While I admit, much of it is creative, I keep thinking just because you can do something, doesn't mean you should do something.  However, every now and then, something in the the modern art world does strike me as something really neat.  Which brings me to the subject for today, a piece of artwork titled Heaven of Delight, created by the artist Jan Fabre, installed in 2002 at the Royal Palace of Brussels in Belgium. 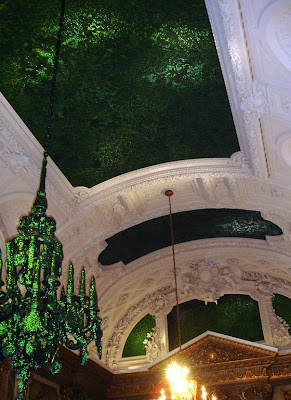 Fabre's medium of choice for the work were the iridescent shells of jewel beetles (specifically those of the Sternocera acquisignata).  So with the blessing of Queen Paola, Fabre coated the ceiling panels of the Hall of Mirrors along with the central chandelier. 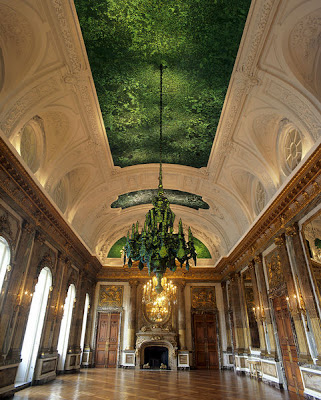 About one and a half million beetle shells were used and even though the photos are fascinating, I have to imagine that the effect when viewed in person is particularly stunning.  And all that beauty from a bunch of bugs! 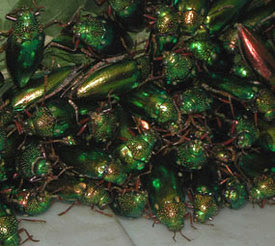 If you'd like to take a quick video tour, you can see that here:

Email ThisBlogThis!Share to TwitterShare to FacebookShare to Pinterest
Labels: Art 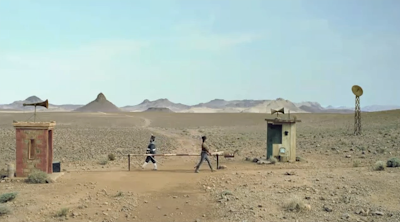 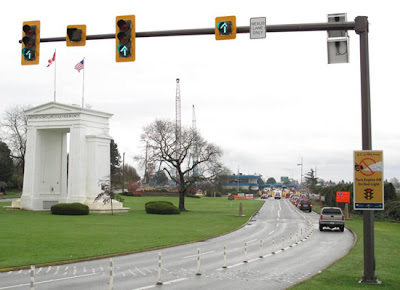 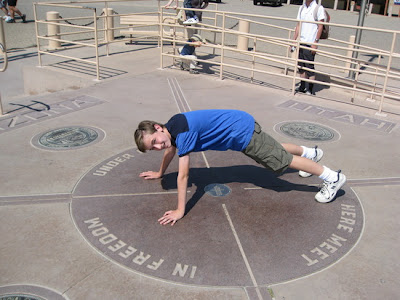 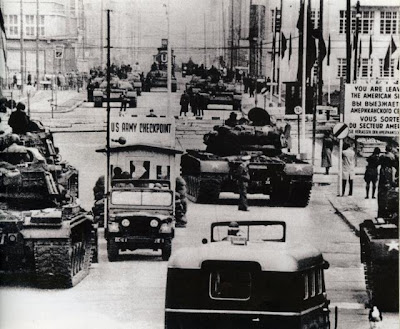 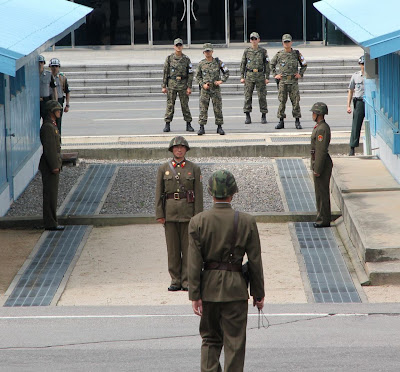 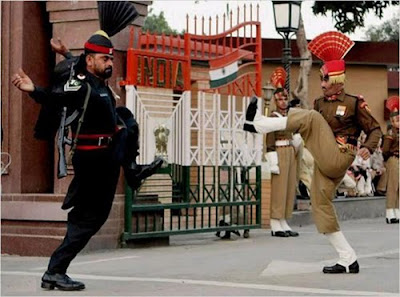 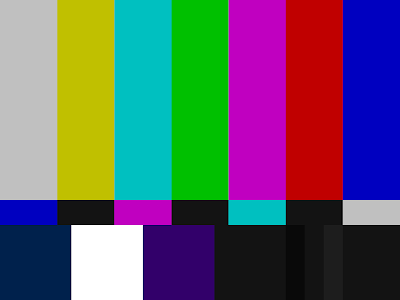 Unfortunately, technical difficulties have prevented me from preparing a Person-of-Mystery today.  Nate's Nonsense will resume soon.  Thanks for your patience.
Posted by Nate Maas at 8:00 AM 5 comments

After a one week hiatus due to camping in the forests, the contest returns with a vengeance today! 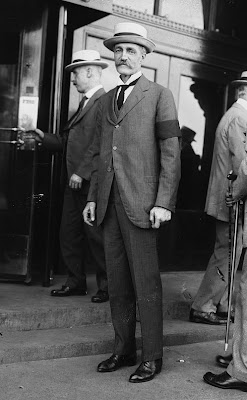 As I said earlier, water is everywhere in Yosemite Park this year.  As we were leaving the valley, I noticed that Cascade Falls was also more stunning than usual. 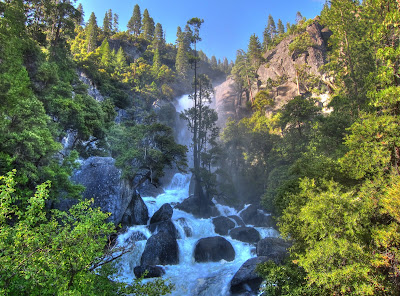 I like the defiant tree on the rock in the middle of the stream. 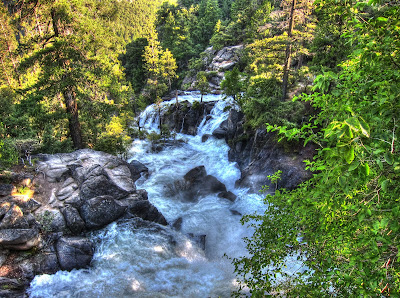 Now that I'm back and settled, I'll highlight a few more spots from our Yosemite trip before moving on to something else.  Today, I'll mention Mirror Lake. 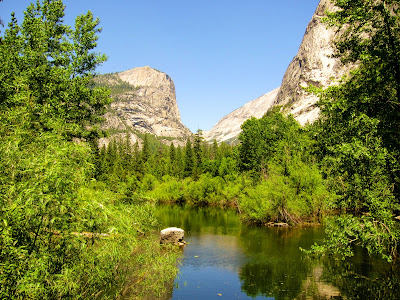 (Mirror Lake in foreground, Mt. Watkins to the back left)

Mirror Lake is a seasonal lake, often drying up by the end of summer.  It is actually in the natural process of changing into a meadow.  Because of the extra water, we decided to check it out. 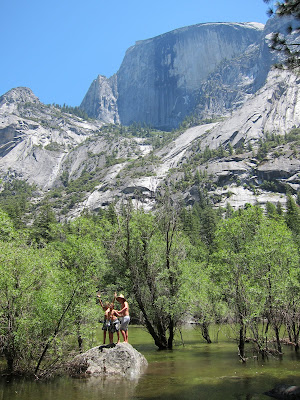 (The boys on a rock in Mirror Lake/Meadow)

One curious item of note, it seems as though many visitors had been busy stacking rocks in a somewhat funny manner near the lake.  The boys added a couple of their own and then we moved on. 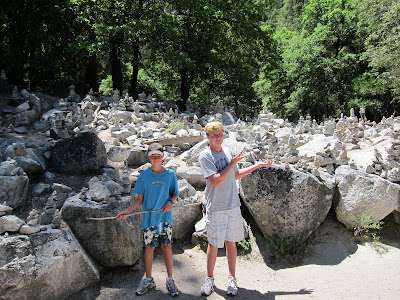 Well, I'm still unpacking from my week at Camp Chawanakee.  I'm catching up on e-mail and seeing what I missed.  One of my friends sent me a link to a Flickr photo group called The Smiling Victorians.  It's a collection of photos of smiling people from the Turn of the Century.  I'm sure you're aware that smiles are less common among older photos due to long exposure times, but sometimes this gives people the impression that people were much more somber back in the day.  Seeing all cheery faces from the past will perhaps dispel that myth.  I'll leave you with one of my favorites, a happy couple in a Turn of the Century photo booth:

Aeroplanes Training to Lick the Hun 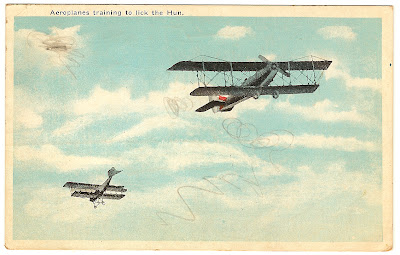 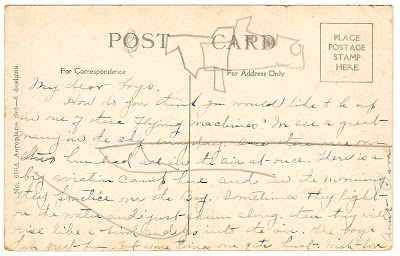 Aeroplanes training to lick the Hun.

My dear boys,
How do you think you would like to be up in one of these flying machines?  I've see a great many in the sky everyday.  Since there were over two hundred all in the air at once.  There is a big aviation camp here and in the morning they practice over the Bay.  Sometimes they light on the water and just skim along.  Then they will rise like a bird and go into the air.  The boys have great fun, but sometimes one gets hurt.  With love Aunt Clara 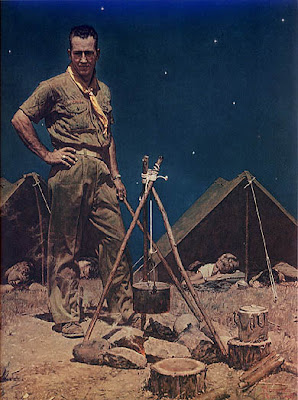 This week Nate's Nonsense is on vacation as I'm with our Boy Scout Troop at our summer camp at Camp Chawanakee.

The Nonsense will resume after July 10.  Hope to see you then!
Posted by Nate Maas at 11:22 PM 5 comments 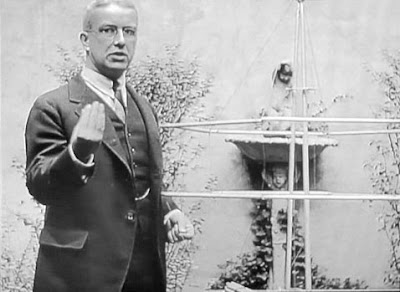 Prettiest Parking Lot in the World 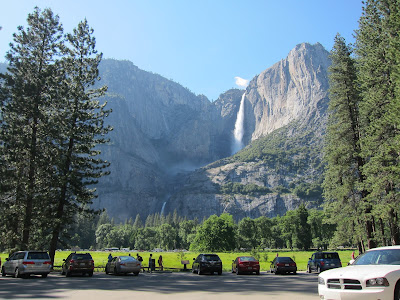 Here's another tip for visiting Yosemite – park here!  As I already mentioned in an earlier post, visitors to Yosemite Valley arrive later in the morning, so get to the park early and park here, at the Sentinel Bridge parking lot.  It's a small lot off the main loop road, but it easily the most scenic, central, and convenient parking lot in Yosemite.  Park the car here and then hop on the free shuttle buses to get around the rest of the valley.  Plus when you park here, you get that drive-in movie kind of experience, only a million times better.
Posted by Nate Maas at 7:50 AM 6 comments