By an overwhelming margin, the last poll revealed that you folks like Autumn over the other seasons.  I'm supposing that for many of you it's the weather - not to hot, not too cold.  I'm fairly certain that most of those who chose Fall as their favorite time were neither teachers nor students.

I've always tried to make my classes as fun as possible.  It's a strange paradox, but I've found that often a quick joke or a card trick or something like that (even totally unrelated to the learning) can grab my students' attention and make the lesson learning that follows more productive.

I think teaching is a lot like stage magic, sure there's knowledge involved, but it's the showmanship that makes a teacher great.

Today I'm going to teach you a fun math trick that's baffled my students, but is a pretty easy one to pull off!

So here's the trick:

1)  Tell the audience (or class) you've been working on your math skills and you've gotten pretty good at solving complex mathematical algorithms in your head (or some kind of silly story like that).

2)  Find someone with a calculator (or give one to them) and instruct them to multiply a bunch of random single digit numbers (you may need to explain to students what single digits are) to come up with a random number somewhere between a million and a billion.

4)  After some quick mental math - ta da!  You reveal the missing number to a stunned audience who somehow think you're a budding Einstein. 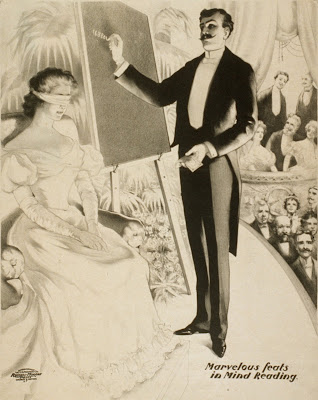 Here's how it's done:

1)  When they read you the digits, add them up in your head (this may be hard for those of you who are not math experts, but it's perfectly okay to have them read the numbers slowly or even to use a piece of paper and pencil).

How does it work:

It's really based on the rule of nines.  In mathematics, if you multiply any number by nine, the digits of the number add up to a multiple of nine.  By doing single digit multiplication to get a number so large, they're probably going to use nine at some point (or using a random combination of numbers that will work just as well - for example 6 x 3 is 18 which is a multiple of nine).  If you want to be really sure, start them off with a multiple of nine - as in "Here let me show you, 6 x 3 x 2..." then hand them the calculator and then tell them to keep going until they get a number between a million and a billion. 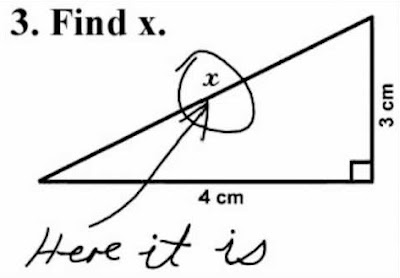 Sometimes after doing addition you get a number that is a multiple of nine!  When this is the case, their digit can either be 0 or 9.  What do you do now!?!

Here's where that stage presence comes in.  You tell the audience that you're not really doing math at all, but that you're reading their facial expressions and body language.  Have them concentrate and keep repeating the number in their head.  After a short pause, be dramatic and say, "I'm getting NOTHING from you, a big ZERO!"  If they smile, it's probably zero.  If they look stoic or uninterested, go ahead and guess nine.

If you're wrong, no big deal, tell them that you're getting really good at reading expressions, but aren't perfect yet - let's try again with you.  If you guess correctly, you've amazed them even more and probably scared them into never lying to you.

I've gotten so good at this, many of my students think I've got some kind of extra sensory power!  I often overhear things like "Don't try to pull anything on Mr. Maas, that guy can read your mind!  Seriously!!"

Now it's your turn!  You've got to try it out sometime and tell me how it goes!
Posted by Nate Maas at 4:27 AM

El, thanks for visiting all the way from Quebec!

The trick does work in French, but after you amaze your friends, you have to promise to give one of those "French laughs" that they use in American films for French people laughing: Oh-hoh-hoh-hoh-hoh-hoh! (smiles back).

I've never been to Quebec, but it's on my short list of places I'd like to see someday. I have only been to Canada three times, twice to British Columbia and once to Ontario. All three trips were wonderful! What a beautiful country and people!

This reminded me of something that my Grandpa used to do. All along his life's journey he would ask different folks to answer the question, What is one third and one half of a third of ten? Then he would sit back and watch the mental gymnastics. When I was in my early 20's Grandpa asked me. I quickly replied 5! Grandpa was very stunned and told me that I had the quickest response than anyone he had ever asked before, then asking how I came to the answer. I told him I "saw" it in my mind. Its always a great memory for me.