Something's Rotten in the State of Calfornia

Okay, today I'm going to broach another taboo subject - politics.  My students watch a lot of TV and right now, the political ads are in full swing again, so naturally my students like to talk about things on TV and things that interest them.

Here in California we have a statewide election coming up November 2.  Way back in the Progressive Era, California added all three of the big reforms to our political system:  the initiative, referendum, and recall.  The initiative is particularly interesting.  This year, the students are interested in Proposition 19, which aims to legalize marijuana.

As this discussion wasn't going anywhere good quickly, I tried to steer the conversation towards loftier subjects, namely Propositions 20 and 27 which deal with legislative district redistricting.

I live in 23rd California Congressional District, probably one of the worst gerrymandered districts in our country.  It snakes down the coast of California (like a tapeworm), cutting a narrow ribbon across three counties.  It bulges out where there are more Democrats and narrows to as little as 6 inches in some places (I kid you not).

Our representative, Lois Capps, was first put in office in 1998 during a special election to fill the seat of her then recently deceased husband who had been the former representative.  Many people felt that she won because she signed a term-limit pledge, promising to serve a maximum of six years.  Her opponent refused to sign the pledge saying he wouldn't make that promise.  At the time it was easy for a Democrat to make a six-year pledge as the district was mostly Republican and no Democrat had won more a single two-year term for more than 50 years.

However, after the 2000 Census, the California legislature performed one of the worst redistricting acts in the history of politics and both parties were to blame.  The Democrats and Republicans redrew the entire state to ensure that there would be no unsafe seats for any incumbent anywhere in the state.  So predictable results occurred, in the 2002 election, EVERY incumbent won, by an average of 69% of the vote and in 2004, not one of the 173 contested seats changed parties!  To make our area safe for Capps (who did politically align with the ideology of her constituents), a crazy district had to be drawn in an attempt to lump together as many liberally minded voters as possible.  And people wonder why young people today are not politically minded?

To quote Mark Twain, "It could probably be shown by facts and figures that there is no distinctly native American criminal class except Congress."

Oh, I almost forgot, after redistricting and everything got really safe for incumbents, Capps had a change of heart about her term limit promise (of course).  She's now serving in her 13th year as our representative. 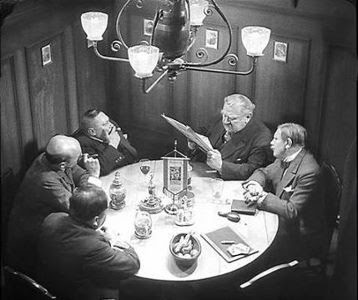 Interesting (and slightly bizarre)! In The Netherlands we have equal representation instead of using districts, so no vote is lost. But I’ve got no idea who is representing me or my region, so there is a big gap between the voters and the politicians.

I lived in Santa Barbara for years and appreciate that, through district boundaries, the young adults attending UC Santa Barbara have a voice. Lois Capps has represented the district well.

"First part the post" system is what we have in Canada for the federal elections and a lot of people don't bother voting because they feel their votes are wasted. Election reform is needed! What is your system, again?

In first-past-the-post countries like England (and Canada apparently) people don’t vote because they feel their vote is wasted. In proportional representation you vote for nation-wide parties, resulting in people don't bother to vote because they feel one vote won’t make a difference. You could try to mix the two systems, but then voters won’t turn up because the system is too complicated...

Rob, there are things to be said for a parliamentary system. All republican systems have weak spots, but it seems like the best safeguard is an educated and engaged electorate no matter the configuration.

Mary, thanks for your input. I am a current student at UCSB and the students at that school are very engaged. I was speaking more from the perspective of a San Luis Obispo County resident. SLO county has historically been rarely represented from anyone from our county. We typically get lumped in with a larger county or district. The city of San Luis Obispo is currently carved up by the districts. I can walk 10 minutes from my house in almost any direction and be out of my district boundary. And one of the excluded areas in San Luis Obispo City is all of Cal Poly (our local college), as it is not included in the same legislative district as good portions of the town. I was trying to speak more to incumbent legislators being allowed to draw districts to suit reelection strategy - what some have called politicians being able to pick their voters.

Yep, it is strange that you and I are in the same district, given that I would have to drive 2 1/2 hours to get to your house.

I just signed up to your blogs rss feed. Will you post more on this subject?