Congratulations to Rob, who successfully identified Eleanore Dumont in this weekend's Person-of-Mystery Contest. 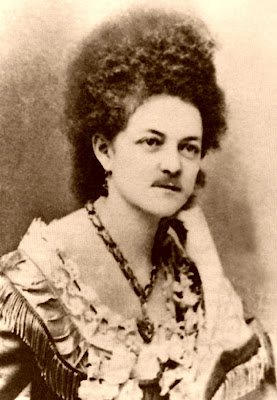 Eleanore Dumont was one of the more colorful women of the Old West.  Because of her accent, it was rumored that she came from France, but others think New Orleans may have been her place of birth.  In either case, she turned up in in San Francisco in 1849 where she soon found herself working as a card dealer at the Bella Union Hotel. 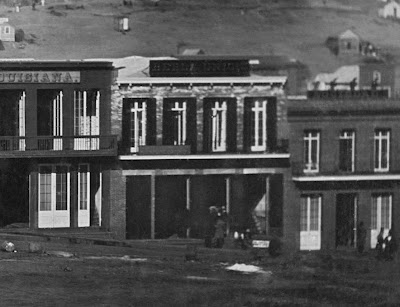 In 1854, Eleanore arrived in Nevada City, California, dressed to the nines.  To the curiosity of many, she opened up a high brow gambling parlor, the Vingt-et-Un.  She served champaign instead of whiskey, permitted only behaved, clean men, into her establishment, and prohibited cursing in her presence.  It soon became a quite the happening place!  Eleanore was witty and charming, appealingly foreign, and knew how to deal cards like a pro.  No women were allowed in her establishment, save herself, and women dealers were virtually unheard of. 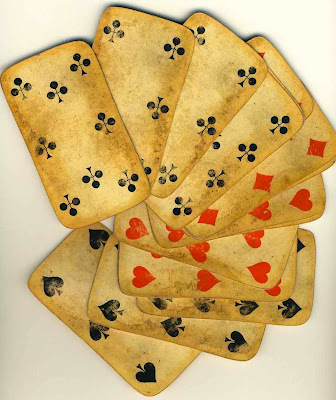 Dumont's favored game, vignt-et-un (French for 21), was a novelty at the time.  It was much like modern blackjack with the following differences in Dumont's day:
One of the different payouts was a 10-to-1 for an ace of spades and either of the black jacks.  This high payout eventually led to the game commonly being called blackjack later even when the payout was removed.

Her place became so popular, that Dumont took on a partner and opened an even larger place called Dumon't Palace.  They also added the much more popular games of Faro and Chuck-a-luck and her second venture became equally successful. 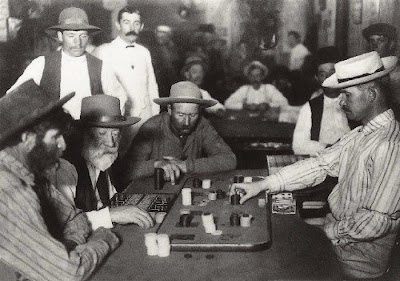 Faro being played much later in 1890s Arizona

Faro was the most popular game at this time, but required a minimum of two employees to run the game, a dealer and a casekeeper (who would count the cards for the players).  Because cheating was so common and the odds were better than most games, a third employee, a "look-out" was often hired to watch the players during the game.  [Faro was notorious for being a dishonest game with cheating dealers, it's increasingly bad reputation coupled with the relatively good odds for the player at honest tables has resulted in its disappearance since World War II.  However an online version may be played HERE if you'd like to get a virtual taste for the game].

Back to Dumont, two years after her arrival in Nevada City, she started to develop a pronounced moustache, later earning her the unfortunate nickname "Madame Moustache."  The gold eventually ran out in Nevada, but she would follow the new strikes and she headed to Columbia, California, where in 1857 she set up a table in a hotel. 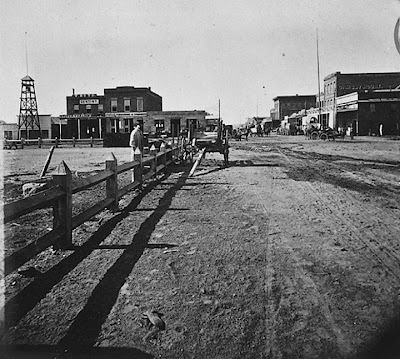 Dumont had now achieved a small fortune and she wanted to leave her profession.  Though she knew little about animals, she purchased a ranch in Carson City, Nevada.  She soon became taken with a handsome cattleman named Jack McKnight in whom she placed her trust and she signed her property over to him for his management.  Sadly, McKnight was actually a conman and in less than a month he had disappeared, selling her ranch and leaving her with all the debts.  Dumont tracked him down and killed him with two blasts from a shotgun.  Although she would much later admit to the crime, at the time of the shooting, there was not enough evidence to charge her.

Lacking any money, she retuned to gambling again and in 1861, set up her table in Pioche, Nevada.  Unfortunately, her youth had begun to fade and she started to put on some weight.  In her youth, she would use her fine manners and flirtatious chastity to lure men to gamble with a woman, but as time wore on, women in camps became less of a novelty and the coarseness began to become more a part of her life as she began to openly smoke, take hard drink, and become more tolerant of crude miners. 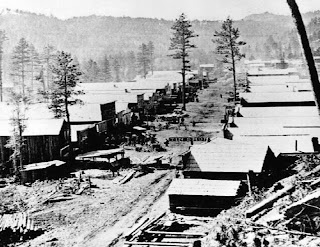 At a certain point, she eventually added prostitution to her repertoire and acted as a real "Madame."  At first offering herself and later hiring girls to work in her houses.  She followed the money and drifted through Montana mining towns like Bannack, Fort Benton, and Helena.  She was found in Silver City and Salmon, Idaho, and Corinne, Utah.  Silver strikes brought her back to Nevada where she found herself in Virginia City.  Eventually, she would be found in Deadwood, South Dakota, and then Tombstone, Arizona.  In Tombstone, she was known to drum up business by dressing her girls in finery and driving a fancy carriage up and down the streets, smoking a cigar, to the cheers of onlookers.

As the same miners worked the same camps she frequented, her reputation began to precede her as an attractive, but aging mustachioed good-natured French lady, fair, strong, and savvy with the cards.  Stories such as her foiling multiple robbers at once, turning back plagued steamboats by gunpoint, offering hospitality to those down on their luck, or her friendship with Calamity Jane as mentor, abounded wherever she lived. 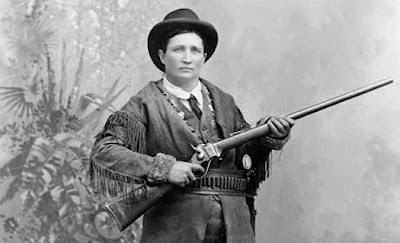 Her final stop was the notorious Bodie, California, in 1878.  Her luck had run out, and about a year and a half after arrival, she borrowed $300 from a friend to open a table.  After a few hours, she had lost it all.  Without a word, she left the table and walked a mile out of town and committed suicide by drinking a bottle of red wine laced morphine.  Her body was discovered the next day, September 8, 1879, her head resting on a rock and with a note explaining that she was "tired of life."

Miners lamented her passing and one such penned the following epitaph:  “Poor Madame Moustache!  Her life was as square a game as was ever dealt. The world played against her with all sorts of combinations, but she generally beat it. The turn was called on her at last for a few paltry hundred; she missed the turn, none of the old boys were there to cover the bet for her, and she passed in her checks, game to the last.  Poor Madame Moustache."  Local residents raised enough for her funeral, said to be the largest the town ever held, but the exact spot of her grave is now lost to time. 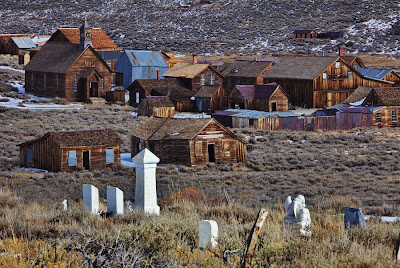 Bodie Cemetery overlooking the remains of the town

The Bodie State Historic Park looks like an interesting place to visit.

The author has explained the topic in a simple way easy to understand. Thank you for sharing this information with us, are you interest to Hadith in Urdu