A few weeks ago, I talked about the Völkerschlachtdenkmal, a grand monument in Leipzig, commemorating victory over Napoleon at the Battle of the Nations.  At the time of the Napoleonic wars, today's Germany was not yet unified and Leipzig was in Saxony.  Like Saxony, the Kingdom of Bavaria also sought to commemorate victory over France, and built the Befreiungshalle (or Liberation Hall) in Kelheim, Bavaria (about halfway between Nuremberg and Munich). 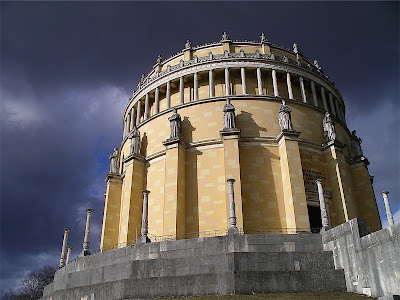 Befreiungshalle was built by decree of King Ludwig I on a picturesque hilltop above the Danube River.  Construction began in 1842, but it was not complete until it's opening on October 18, 1863 (the 50th anniversary of the Battle of the Nations). 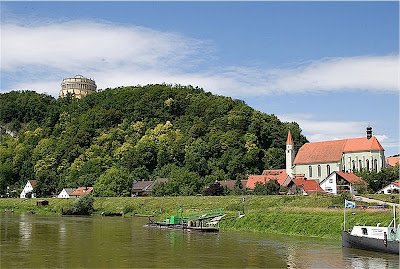 The area hasn't really changed that much since it was built. 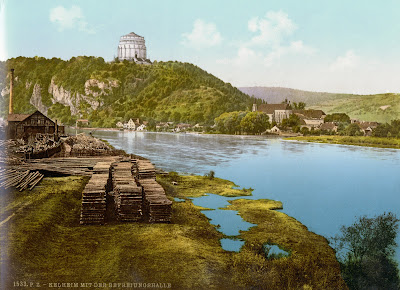 After Napoleon's disastrous retreat from Russia, his humbled military faced the newly united armies of the Sixth Coalition at the Battle of Leipzig (or the Battle of the Nations).  As the Sixth Coalition seized the initiative on the battlefields of Central Europe, French forces were successively driven back towards France.  This series of setbacks for Napoleon would eventually culminate in the liberation of German states and the eventual French defeat at Waterloo.  So while the English speaking world saw this as the gradual undoing of Napoleon, those in Germany saw these series of battles from 1812 to 1814 as their liberation from France.  It's only fitting then that so many locales chose to commemorate their freedom. 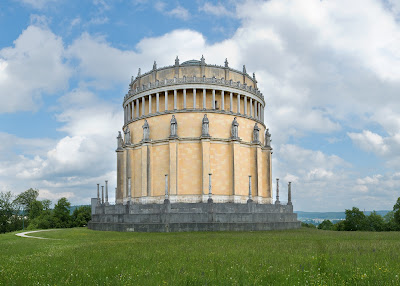 The approximately 150 foot tall memorial is heavy with symbolism related to the number eighteen.  This is because the Battle of the Nations occurred on October 18, 1813, and the Battle of Waterloo was fought on June 18, 1815.  On the outside of Befreiungshalle, there are eighteen statues holding placards for each of the historic Germanic tribes:  Franconians, Bohemians, Tyroleans, Bavarians, Austrians, Prussians, Hanoverians, Moravians, Saxons, Silesians, Brandenburgers, Pomeranians, Mecklenburgers, Westphalians, Hessians, Thueringians, Rheinlaenders, and Swabians. 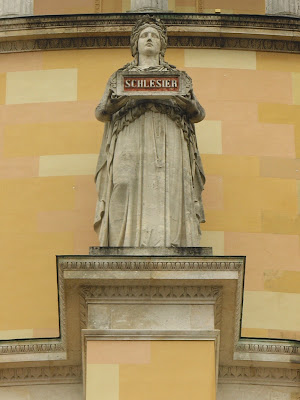 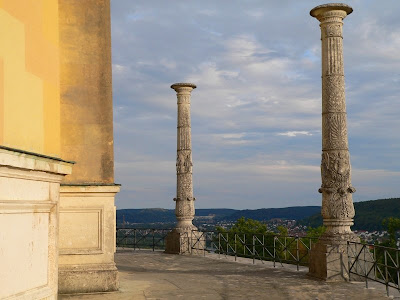 Inside, the large domed hall is supported by 54 columns (3 times 18) and an equal number of pillars, and 36 columns (2 times 18) in the upper gallery.  Around the edge of first floor are eleven-foot tall winged Victories in a ringed circle representing the members of the German Confederation, alternatively holding hands and shields.  On the shields are displayed the battles in the liberation of Germany and above the upper gallery are inscriptions for key generals and recaptured strongholds. 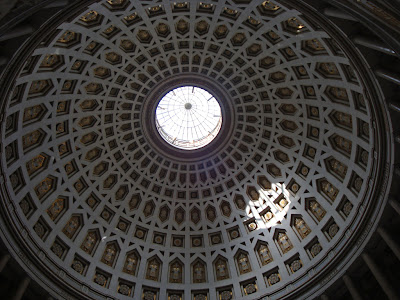 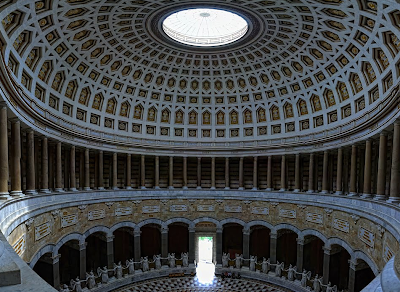 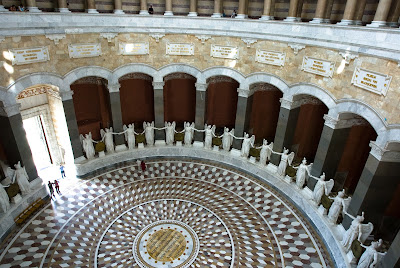 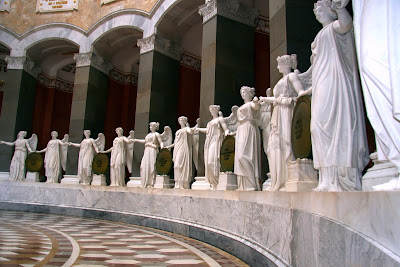 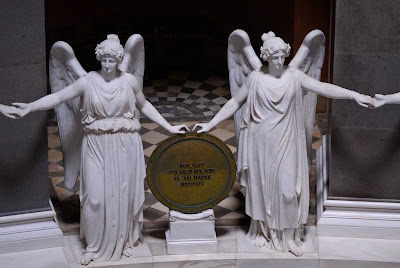 In the center of the hall on the floor is inlaid the following: 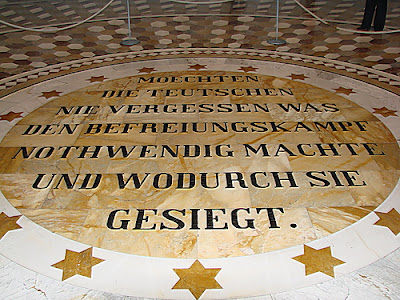 Translated into English, it reads:

May
the Germans
never forget what
made necessary
the struggle for freedom
and by what means they
won.

Of course the Nazis were always up for a good monument to honor German struggle and unity and the site wasn't overlooked for their exploitive purposes. 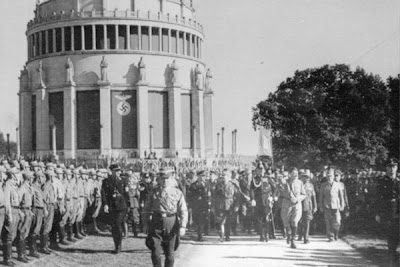 But I have to wonder what Hitler thought of the gold six-pointed stars surrounding Ludwig's words in the center of the hall.

breathtaking...I would love to visit. thank you

I would have never guessed this. It's an impressive building, I've never seen it before.

and of course: Congratulations! Another trip around the sun completed :-).

Thanks, Rob! Nice of you to notice.

Hope someday I have chance to visit these places
instagram travel