Cocaine Fiends (or The Pace that Kills)

A few days ago, I was taking my kids to the library and while they were looking for books, I took a quick browse through the video section.  As I was scanning the new titles, one caught my eye.  It was a compilation of three films from the 1930s:  Reefer Madness, Cocaine Fiends, and Sex Madness.  These were cautionary tale B Movies, mostly forgotten, but I guess now developing "cult classic" status. 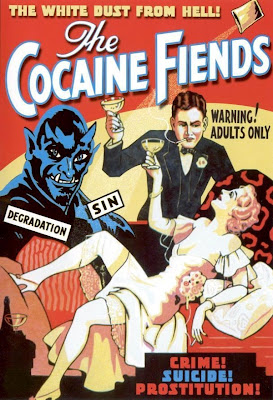 When I was a child, my grandparents lived in the Toluca Lake area of North Hollywood about a block away from Bob Hope and a bunch of other stars.  I once jokingly asked my grandmother (the one in the skiing picture from yesterday's post) if she had ever wanted to be in the pictures and I was surprised by her reply.  She told me that my Uncle Dean (actually great-uncle), her older brother, was a B Movie actor when he was younger.  As surprising as this was to me, she said that one day she was on a movie lot with him and when he was away, some fellow was looking for additional people for a scene.  He turned to her and said, "Hey, you'll do just fine, come with me and we'll put you in this picture."  They were about to film when Dean spotted her and said, "Say, that's my little sister, you can't use her, go get someone else." So she was pulled off and some other girl put in her place.  She told me she resented her older brother for quite some time as she imagined that her appearance would have been her big break. 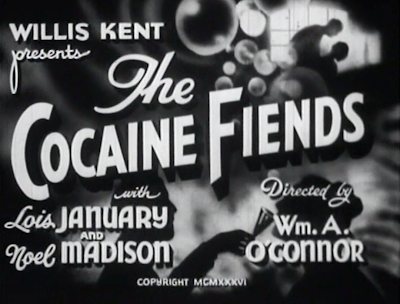 Dean did several more films in the 1930s and was a bit actor through the mid-1940s.  A few years ago, I searched his name on the Internet Movie Database and I was surprised to find that he was one of the lead parts in a movie called the Cocaine Fiends. 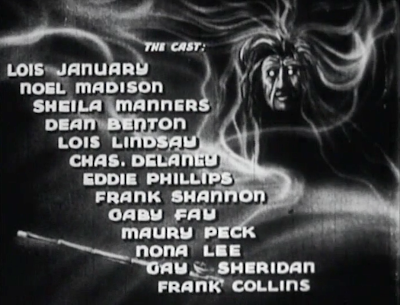 I haven't really hunted for the movie, but the title certainly is memorable, so I was quite surprised to see it on the library shelf. 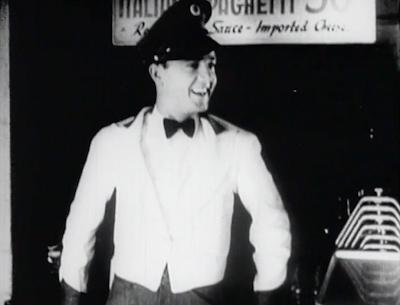 Dean plays the part of a waiter at a drive-in restaurant.  He is convinced by a co-worker named Fanny to go enjoy a night with her in the big city.  Unfortunately, the allurements of the city life are too much and Eddie and Fanny become unemployed dope addicts.  Fanny eventually ends up pregnant and walking the streets looking for money. 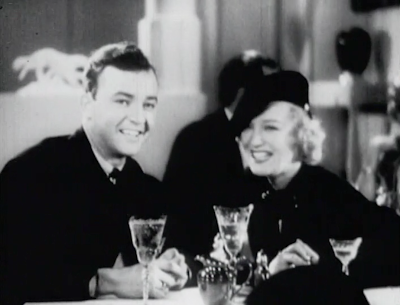 Eddie and Fanny enjoying a night on the town

Can't say I recommend the movie, but it was fun seeing a youthful Uncle Dean.

[Dean Benton was the third son of Jessie Burrows Benton (from the post card collection)].

Nate your Uncle Dean looks alot like your profile picture!

Did you notice he wrote three songs (lyrics and music) for the previous movie The Shadow of Silk Lennox (1935). You can watch it online at

(I didn't get a chance to listen to the music since I am at work now).

Rob, thanks, I overlooked that! I'll have to check it out.

Tonight I watched The Shadow of Silk Lennox . It's not a very good movie, except for your great-uncle. He can act, he looks handsome, and he can sing!

This information is very useful. thank you for sharing. and I will also share information about health through the website

Amazing!!! I like this website so much it's really awesome.I have also gone through your other posts too and they are also very much appreciate able and I'm just waiting for your next update to come as I like all your posts..
eid ul adha mubarak best images 2018
eid al adha quotes greetings
eid mubarak wishes
eid al adha greeting images
eid al adha images hd
eid al adha images arabic

Nice post! This is a very nice blog that I will definitively come back to more times this year! Thanks for informative post.# @ Packers and Movers Kolkata