I work about about a 30 minute drive from my home, so I listen to a lot of podcasts in the car to help pass the time.  I have a few favorite podcasts, but I'm always looking for new ones to brighten my drive.

Today I listened to the 99% Invisible podcast.  This show is all about design.  It's an okay show, but I can't tell yet if it'll stay on my playlist.  They only have six episodes so far, each about 5 minutes long.  Today I listened to one from September 30 about San Francisco's former Statue of Liberty. 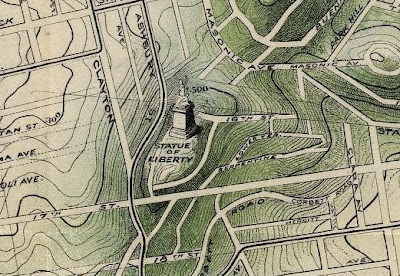 This news took me by surprise as I never knew San Francisco had such a statue. 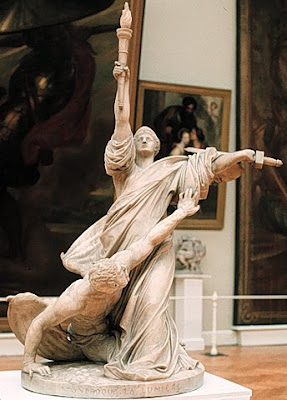 (copy of Triumph of Light)

Apparently in 1887 (the year after the more famous New York statue was installed) a wealthy philanthropist named Adolph Sutro had a statue titled, "Triumph of Light," installed atop Mt. Olympus hill in the center of San Francisco.  It was a 12 foot bronze statue designed by Antoine Wiertz of Lady Liberty triumphing over Despotism while holding aloft her light was placed atop a 30 foot pedestal.  The statue commanded breathtakingly unobstructed 360 views of San Francisco. 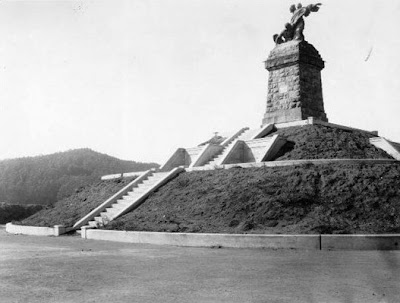 Over time, the statue was largely neglected and eventually fell into disrepair.  Sometime in the 1950s it was removed altogether.  Today, only the pedestal remains with a mostly unreadable inscription surrounded by trees and condominiums. 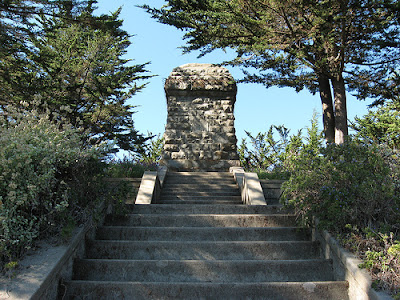 Sad.  It looked like an interesting statue.
Posted by Nate Maas at 6:54 PM

Perhaps the notion of the triumph Liberty over Despotism is something that had to be done away with on the quiet? :P