Yesterday's Person-of-Mystery, was none other than Ion Perdicaris, the central figure of the Perdicaris Affair, one of the best known "Big Stick" incidents of Theodore Roosevelt's presidency. 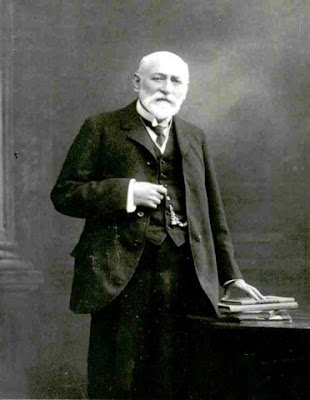 Ion Perdicaris was born to privilege.  Ion's father had been a former Counsul from Greece, turned successful businessman, and Ion's mother had been the daughter of a wealthy South Carolinian family.  Ion maintained a New Jersey playboy lifestyle until the Civil War, when the conflict began to threaten his fortune.  Fearing Confederate confiscation of his South Carolina holdings, Perdicaris traveled to Greece and abandoned his American citizenship believing that the South wouldn't seize the holdings of a foreign national. 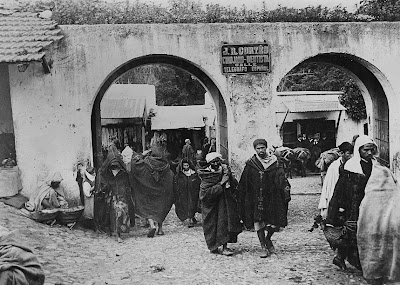 (The city gates of old Tangier, locals mixing with Westerners)

Perdicaris eventually moved to Tangier, Morocco, where he continued his life of ease.  He build a house he called "The Place of Nightingales" and filled it was exotic animals.  Perdicaris became enamored with Moroccan life, wrote several books on his new home, and became the unofficial leader of the foreign community in Tangier. 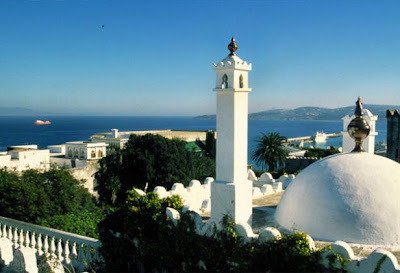 While on a visit to England, Perdicaris met Ellen Varley (the wife of C. F. Varley, the famed electrical engineer known for his work on the transatlantic cable) and they began an affair.  Two years later, in 1873, the now divorced Ellen left her husband and with her children took up residence with Perdicaris in Tangiers. 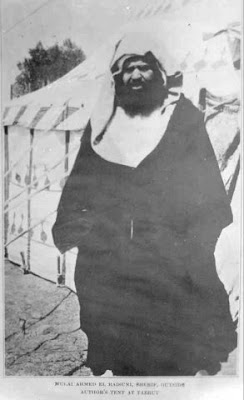 This romantic existence was disrupted in May of 1904, when Ion and Ellen's son, Cromwell Varley, were kidnapped from the Perdicaris estate by men loyal to Mulai Amhed er Raisuli, Sharif of the Jebala tribe.  Although Raisuli was a claimant to the throne of Morocco and well-educated, he was widely regarded as a bandit and a womanizer and as such earned the reputation as the "Last of the Barbary Pirates."  After the abduction of Perdicaris and Varley, Raisuli included in his ransom demand to the Sultan of Morocco, $70,000 and the control of two of Morocco's wealthiest districts. 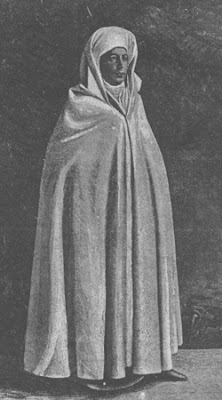 Back in the United States, word that a prominent American citizen had been abducted outraged President Roosevelt who immediately ordered seven warships of the American Navy, along with several companies of Marines to Morocco to secure the American Legation and protect Mrs. Perdicaris.  Roosevelt also unsuccessfully attempted to persuade Britain and France to join him in pressuring the Sultan to secure the release of Perdicaris. 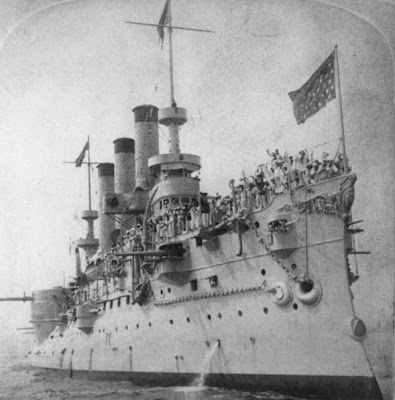 (USS Brooklyn, one of the many warships sent to Morocco for Perdicaris)

To make a tense situation worse, Roosevelt was advised by State Department officials on June 1, that Perdicaris was not actually an American citizen anymore, but had abandoned his citizenship years before.  Roosevelt reasoned that this new information made no difference as Raisuli believed him to be an American. 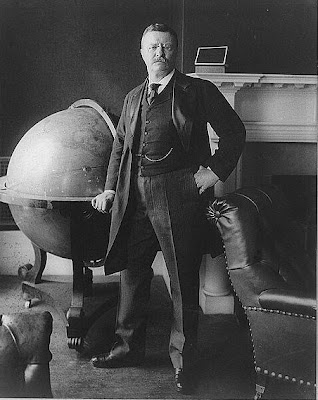 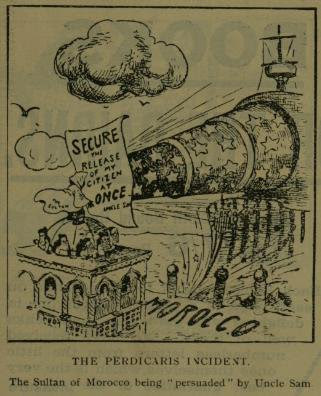 By June 21, the Sultan agreed to meet Raisuli's demands and Roosevelt emerged a hero in the eyes of the American public, as a leader courageous to defend Americans anywhere on the globe.  He easily won a landslide victory in the 1904 election against a now almost forgotten Alton B. Parker.

For his part, Perdicaris eventually removed to just outside of London before dying there in 1925.  The revelation that he had not been an American at the time of the international incident did not emerge publicly until 1933.

What an amazing story. Thanks, Nate.

Another big spending reckless Greek, that's just what we need. Interesting story though, I had never heard of this incident. BTW is that an iPad behind Teddy?

Good eye, Rob. Yes it is an iPad. Teddy had planned an early domination of global markets by American technology, but before it could reach production, he got distracted playing Angry Birds and then misplaced the prototype, which was discovered when Taft accidentally sat on it - setting the eventual release back a number of years.

I like the iPad comment and I like the response...I note that on the city wall of old Tangiers, there appears to be an advertisement for a surgeon-dentist named Cortes, but I wonder what it means to call the Spanish Telegraph?

It's not call it's calle which is spanish for street. The name of the street is spanish telegraph.
Great story! Thank you.