Well, I'm back from my camping trip.  Thanks for your understanding about the lack of the Person-of-Mystery Game.  Now that I'm done and rested up from my trip with the Boy Scouts, I'm officially on Christmas Break!  My personal joy was tempered however upon hearing news that the greatest golfer to ever play the sport passed away over the weekend. 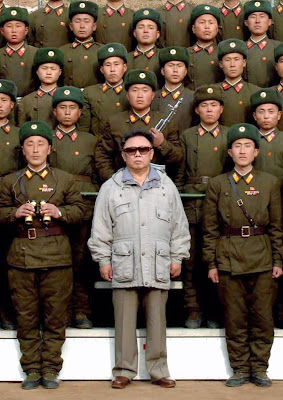 Kim Jong-Il, the reclusive dictator of North Korea, died at age 69 of "great mental and physical strain."  Which is really too bad, as some of you may recall, back in 1994, he stunned the golfing world when he recorded an amazing 38-under-par game on North Korea's only regulation golf course.

While 38-under-par is impressive, perhaps even more impressive were the 11 holes-in-one on the same round!  And did I mention, this was the only first time he had ever played?!?  While some may be tempted to believe that he may have exaggerated his score a little, perhaps you are not aware that this feat was verified by no less than 17 of his bodyguards who accompanied him that day.

So why is Kim Jong-Il not routinely mentioned in the same breath as Jack Nicklaus, Tiger Woods, Arnold Palmer, or Bobby Jones?  Well, like so many other promising greats, Kim Jong-Il became the pride and sorrow of golf when he announced his formal retirement, exiting at the top after his only round. 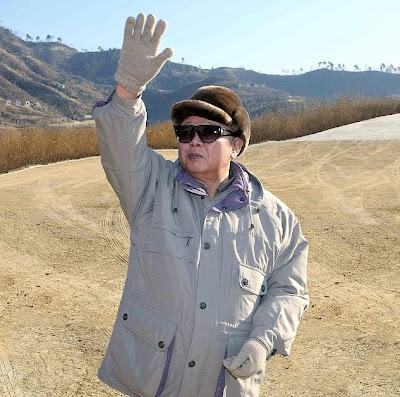 Which is really too bad especially considering his cause of death.  It makes me wonder if he may have lived longer had he spent more time relaxing on the links.

Apparently PJM is on his way to fill the vacancy (the whole Africa trip is just a decoy).

This is highly informatics, crisp and clear. I think that everything has been described in systematic manner so that reader could get maximum information and learn many things. best golf swing training aids reviews

Thank you for taking the time to publish this information very useful! 안전놀이터