In Praise of Watching TV

The first time I saw this commercial for Charter Cable television, I thought it was going to be some kind of edgy Public Service Announcement about wasting your life on the couch, but as the commercial continued, I began to realize that it was an actual ad in praise of watching TV.


I was stunned.  When it was over, I was seriously dazed.  I was so shocked, I remember realizing my mouth was actually hanging open after this commercial and having to close it.

There are three things that still leave me scratching my head: 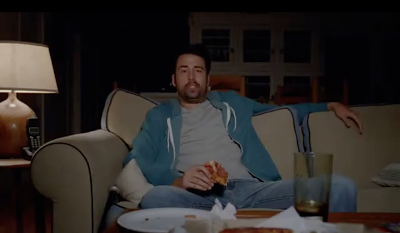 2)  The odd comment about there somehow being "more for the rest of us" if some people aren't watching.  Can someone explain how television viewing is a fixed quantity?!? 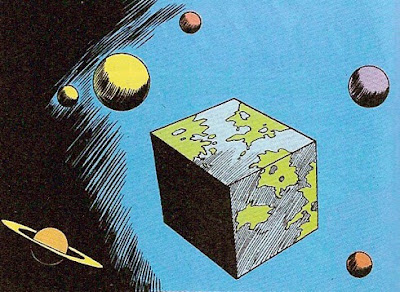 (The planet where this commercial's logic must make sense)

Yes, I noticed that remark about "More for the rest of us" also, and I thought "HUH".
So who do you suppose paid for the ad?
I think if it was me, I would want my money back.

That was amazing. And what about people like my dearly beloved who HAVE to have a TV or radio on, but pay little or no attention to it. It's background noise. Does that mean that there's just a little more for the TV watchers?

I'd rather listen to the birds.

Way back in the 60's there was talk about TV not having lived up to its potential and TV being a vast wasteland, from the chairman of the FCC. I've noticed no significant improvement since then. On the other hand, parts of the Web are wonderful. (I like your site, Nate!) You have to be discriminating, though...

Hahaha. It's satirical of course. What do you say, it's not? Seriously?

I agree with Rob, this is satire, which is odd because corporations don't usually poke fun at their products. Maybe we've reached the stage where marketeers think humorous, satirical honesty is the new frontier of advertising. For example, "Buy our (product X). It's a piece of junk, but at least we're honest about it!"

Maybe the charter spectrum cable or spectrum internet has an odd commercial but trust their services are best.