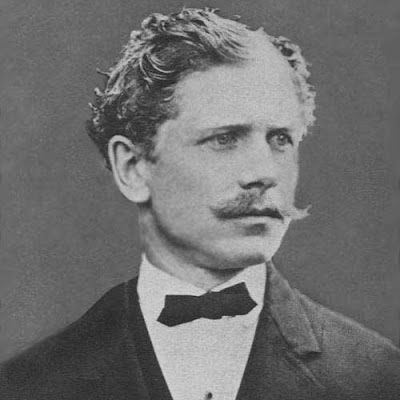 Ambrose Bierce was a journalist and satirist best known for his Devil's Dictionary.  Here's an example of one such tongue-in-cheek entry:
DICTIONARY, n. A malevolent literary device for cramping the growth of a language and making it hard and inelastic. This dictionary, however, is a most useful work.
Although born in Ohio, Bierce grew up in Indiana and enlisted in the 9th Indiana Infantry, where he distinguished himself under fire and rose from Private to First Lieutenant.  During the Civil War he saw action at numerous battles including Philippi, Shiloh, and Kennesaw Mountain.  His experiences would influence much of his writing and he wrote a number of works about the war. 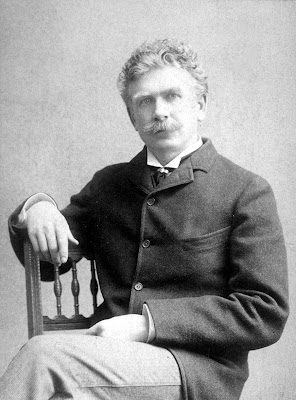 Later in life he was employed by William Randolph Hearst where he was known for his sharp wit and his dark criticism.
In late 1913, at the age of 71, Bierce put his affairs in order and left for a final tour of his old battlefields and then one of the greatest mysteries began.  Bierce crossed over into Revolutionary Mexico, followed Pancho Villa's army as far as Chihuahua and mailed a final letter, December 26, 1913, to his close female friend and journalist, Blanche Partington, in which she transcribed in her journal that he wrote, "If you hear of my being stood up against a Mexican stone wall and shot to rags, please know that I think this is a pretty good way to depart this life," later he supposedly closed, "As for me, I leave here tomorrow for an unknown destination."  Bierce was never seen nor heard from again.  At the urging of his daughter, the United States Government made an official inquiry into his disappearance, but found nothing of his supposed time in Mexico.
There are several theories about his final days and some are rather wild in nature.  Most theories hold that he was killed in Mexico either by the rebels, federal troops, or Pancho Villa himself (after mocking him).  Some say that he died in battle after joining up with Villa's forces, others that he was executed by government soldiers when he revealed that he was trying to find Villa.  Most of these stories highlight his cutting wit even at the firing line.  Interestingly, no American journalist reported seeing him in Mexico, even though the country was filled with them and Bierce was well known.
More outlandish stories have him working as a spy trying to ascertain German activities in Mexico, being spotted decked out in jaguar skins as the "god" of a band of Central American natives, in an insane asylum in Napa, California, or in France with the British during World War I.  Another somewhat plausible theory holds that Bierce with with the help of his friend, Blanche Partington, decided to concoct the heroic tale of going to Mexico and instead found a lonely spot to commit suicide (perhaps even at the Grand Canyon).  Although most theories have him in Mexico based on Partington's testimony, he was never seen by anyone who knew him and none of his purported letters from Mexico to his friend, Blanche, were ever seen by anyone but Blanche.
Posted by Nate Maas at 7:25 PM

Lots of free books by him on Kindle