Do you remember a statehood celebration?

My earliest memories of life are from about age three, but I don't have too many of those.  I can remember much more from about age four and five.  I was thinking about this today because yesterday, I met someone who was talking about statehood celebrations they remembered as a child. 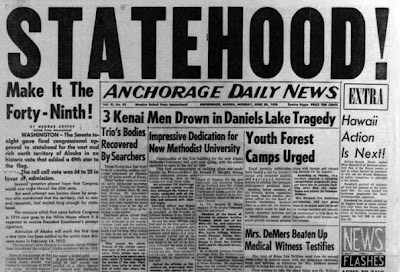 Hawaii became a state on August 21, 1959, and there are plenty of people who can remember that.  The same goes for Alaska, which became a state, January 3, 1959. 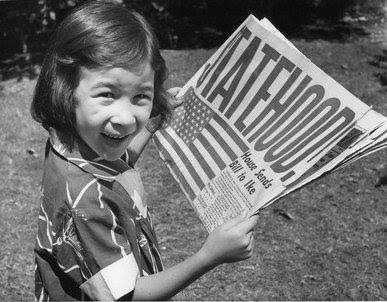 There are probably a few of the oldest among us who might even recall when Arizona became a state, February 14, 1912 or when New Mexico was added on January 6, 1912.  It starts getting iffy when we go back much before this.  How about Oklahoma on November 16, 1907?  Remember you'd have to be a few years old to even remember this. 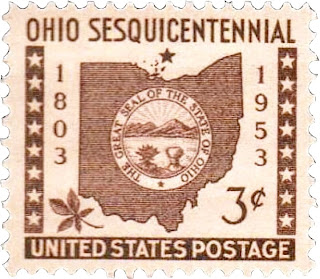 So how many of you remember when Ohio became a state on August 7, 1953?

This is before my time, but apparently, when Ohio was looking to commemorate what should have been its sesquicentennial, some Buckeye historians were looking through Congressional records to find the Act of Admission which has typically been the formal pronouncement by Congress that a new State exists.  Curiously, they didn't find one.  It wasn't required before Ohio (since the original 13 didn't need it and Vermont and Tennessee already had governments that were recognized by Congress) and it didn't become custom for Congress to declare an Act of Admission until Louisiana became a State after Ohio. 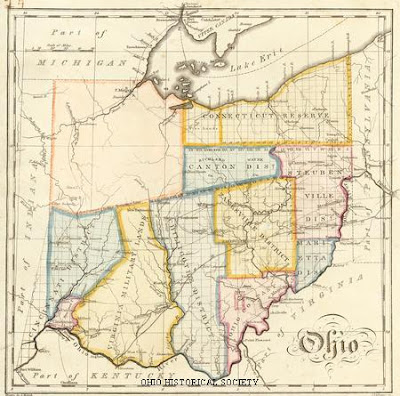 Politicians and scholars started debating if Ohio was really a state and the whole subject at the time became the butt of jokes.  Even more curious, because there was no formal declaration, no one could even ascertain when exactly Ohio should have even become a state.  Was it 1802 or 1803?  Most historians said it was November 29, 1802, however people in Ohio had always assumed it was 1803. 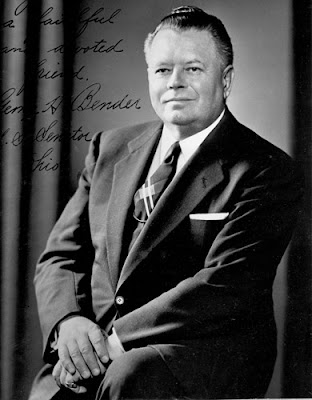 (Congressman George H. Bender)
Finally, Ohio Congressman George Bender introduced the Bender Ohio Statehood Act on January 19, 1953 that would retroactively admit Ohio to the United States as of March 1, 1803.  It was approved by the House on May 19, 1953 and by the Senate on August 1. 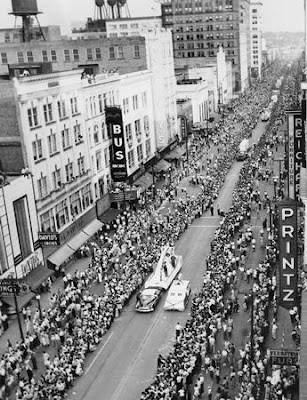 How funny! I had no idea. I do remember Hawaii (unfortunately, I am old enough) and Alaska, though.

Great story Nate. I did not know that about Ohio's statehood either. I knew the 1803 date -my son recently studied that period in social studies class.

News to me too. I thought this was an interesting article on early memories.

My kids think I should remember the Civil War, the 49 gold rush etc.

I do remember Hawaii and Alaska joining the union, the Alaska earthquake, and I remember a teacher saying how the year 1961 reads the same upside down. Memories are funny.