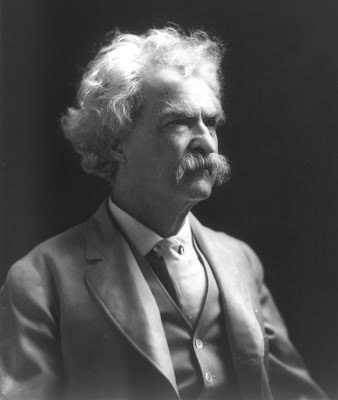 Mark Twain once wrote a humorous sketch titled, "I'm My Own Grandfather."  It went like this:

"After long years as a bachelor I was tired of being alone and married a widow with a grown daughter. My father fell in love with the daughter and took her as his wife. This made me my own son-in-law and my stepdaughter became my mother. After a year my wife gave birth to a son. Now, my son was my father's brother-in-law and at the same time my uncle, since he was my stepmother's brother. But my father's wife also gave birth to a son. So this was my brother and also my grandson, since he was the son of my daughter. This meant I'd married my grandmother, since she was the mother of my mother. As my wife's husband, I was also her grandson. And since the husband of a grandmother is always a grandfather, I am my own grandfather."

In the 1930s, Dwight Latham had a radio show and was reading Mark Twain when he came across the above story and decided to (with the help of Moe Jaffe) put the piece to music.
The result was song, "I'm My Own Grandpa."  It has been covered by lots of musicians over the years.  Probably the first person to receive wide acclaim for performing it was Guy Lombardo in 1948.  His version can be heard HERE.  Another popular version is one sung by Ray Stevens.


Anyone know of another musical genealogy song?
Posted by Nate Maas at 6:11 AM

Email ThisBlogThis!Share to TwitterShare to FacebookShare to Pinterest
Labels: Music

Have heard "I am my own grampaw" many times, but had no idea that Mark Twain authored the lyrics. Am disappointed that I didn't think of it as a genealogy song. I did manage to think of one more, "You're Bound to Look Like a Monkey"; sort of a genealogy song; sung by lots of folks including Bob Crosby, you can listen & read lyrics at
http://www.themadmusicarchive.com/song_details.aspx?SongID=11736

Nice one, thanks Virgil.

How about "Here We Are" by Jimmy Buffett.

There is song called "Elma Turl". As close to genealogy as I can come up with.

When you are being guaranteed round-the-clock Customer Service and life long replacement then don't think twice at the time you Buy facebook reviews from a service agency. buy facebook likes reviews

I am happy to find this post very useful for me, as it contains lot of information. I always prefer to read the quality content and this thing I found in you post. Thanks for sharing.