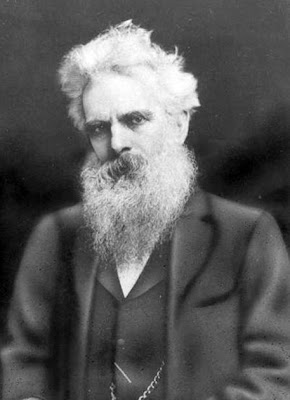 John Brown, the abolitionist who led the raid on Harper's Ferry?

Sorry Merideth, it is not John Brown.

Well, at first I thought it was my friend Jim Kirkpatrick, but he doesn't have any clothes like that. Then I thought, a 19th Century composer, Edvard Grieg was pretty close, but didn't look mean enough. Then I thought, Nate's a historian and looked up 19th Century historians and George Bancroft was pretty close, but not nearly unkempt enough and there was the meanness aspect again. Then my wife got home and it was time to start supper, so I'll wait until tomorrow.

I've looked at him several times too, but have no clue. Not a real friendly looking chap. In the future, perhaps Nate will have to start us off with a clue.

I do see a resemblance to Tolstoy, but it is the photographer Eadweard Muybridge.

You do make an excellent point. Being positive without any concrete action is wishful thinking. On the other hand, being negative with concerted essaypro review action can be self-defeating. Both healthy attitude (grounded in reality) and effective action are needed to maximize the possibility of good results.