Congratulations to Brian, who correctly identified Paul von Lettow-Vorbeck as yesterday's Person-of-Mystery with honorable mention going to Judi who kept at it and identified key patterns in the code. 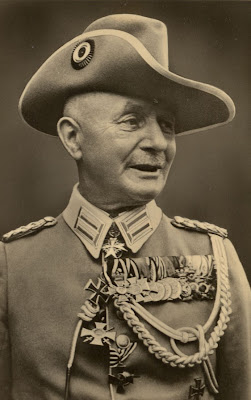 In the days of the telegram, most telegraphic and telex companies charged by the word with extra for punctuation.  Words over ten letters were charged even more.  In many ways like early mobile texts on your phones, people figured out ways to say what they wanted in as few words as possible, often using abbreviations or short word substitutes.  It didn't take long before enterprising companies realized that they could save a lot of money by having code books created with common terms and phrases so that shorter messages could be sent and received. 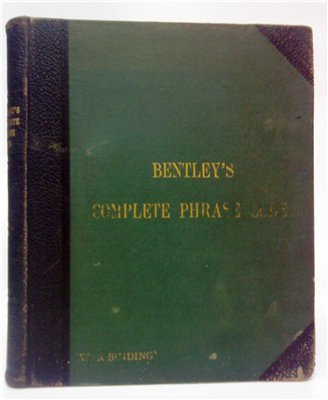 The most popular of these commercial code books was Bentley's Phrase Code.  His book consists of five letter codes that can be coupled with a second code (to keep it at ten letters) to produce much longer messages when decoded.  I included the common "STOP" and "END" commands in my cypher to give you a clue it was a telegram (remember punctuation was charged extra, so people would spell out punctuation, e.g. stop instead of period).  Therefore, my cypher when decoded reads:  "Good morning.  Have you received Bentley's code solution?  Answer as follows:  A German general successful in East Africa.  I am waiting for your reply within twenty-four hours.  Good luck!"

I believe Roger was able to tell that it was a German general based on the medals, but Rommel was active in North Africa.  East Africa, now Kenya, was the scene of a very different Anglo-German confrontation during World War I. 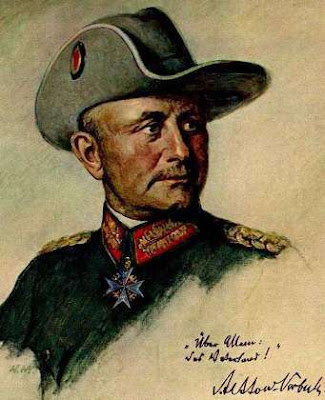 Lettow-Vorbeck is known by military historians as leading perhaps the best guerrilla campaign of all time.  Ignoring the German Colonial Governor's order to remain neutral, Lettow-Vorbeck, with no more than 3,500 German soldiers and 12,000 Askaris (native soldiers), kept a British force of 40,000 tied up in the minor colonial possession of East Africa.  Knowing that Africa would be a sideshow to the conflict raging in Europe, he determined to keep as many British occupied and away from the Western Front.  At times, he found victory even facing overwhelming numbers.  At the Battle of Tanga, November 3 to 5, 1914, his men beat a British force over eight times their size. 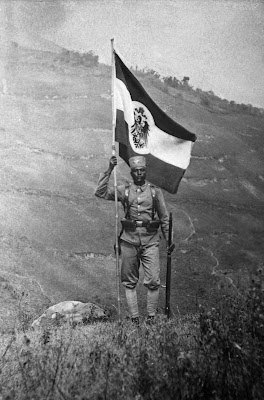 Lettow-Vorbeck's fluency in Swahili and his willingness to appoint black officers made him one of the most beloved commanders on any side in Africa.  Highly motivated and improvising as they went along, his Schutztruppe often cut their own supply lines and lived off the land in an attempt to frustrate any advantage to the enemy. 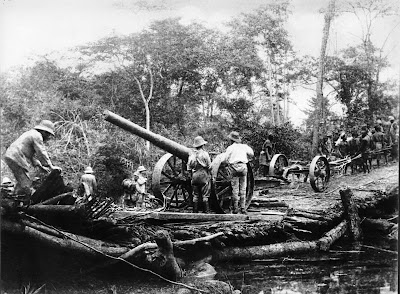 Since the Germans were unable to reinforce Africa due to the naval blockade, eventually British reinforcements caused Lettow-Vorbeck to keep retreating through Portuguese Mozambique and Northern Rhodesia.  Hearing of the European Armistice, he surrendered his undefeated force on November 23, 1918. 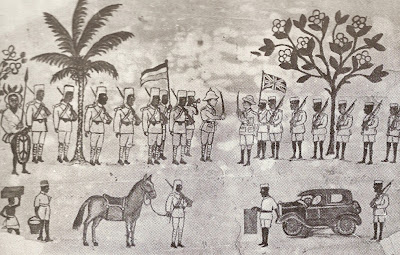 He returned home in March of 1919 to a hero's welcome.  A parade was held in his honor and his men marched through the Brandenburg Gate. 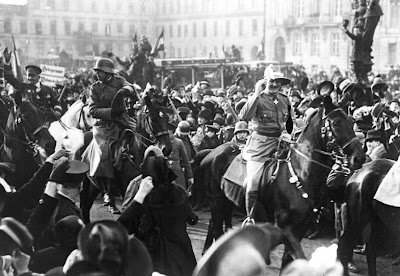 After the war he married and had three children (both of his sons would die in World War II).  He eventually traveled to England and struck up a life-long friendship with the British general, Jan Smuts, who pursued him throughout World War I.  Hitler later tried to appoint him Ambassador to England, but Lettow-Vorbeck was vocal about his hatred of Hitler and publicly refused the offer.  From that point until the end of World War II, Lettow-Vorbeck was under constant surveillance.  In 1953, he visited East Africa and was given a warm welcome by surviving Askaris and British officials.  Lettow-Vorbeck died in 1964, just shy of his 94th birthday. 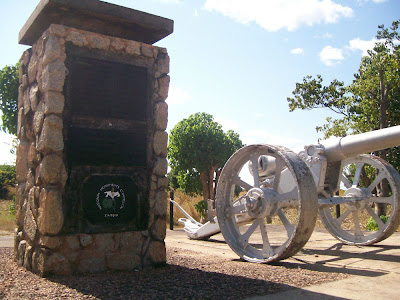 I did see the Iron Cross around his neck, and I thought he looked familiar. I couldn't place him, so I made a wild guess was of Rommel. Most German generals seem to have facial hair.

You do find the most unusual & interesting topics, Nate. But, That cipher was way too hard.

Good story, I wasn't aware of a German presence during WWI in East Africa (I know they occupied SW-Africa for a while). BTW Smuts was a South African (Afrikaner) who served in the British Imperial Army.

That was really a fun, interesting puzzle! I was able to find a PDF copy of Bentley's code book online to solve the cipher. I then Googled the phrase "german general east africa" which lead me to the Wikipedia page with the correct picture. Definitely looking forward to more Person-of-Mystery contests like this one!