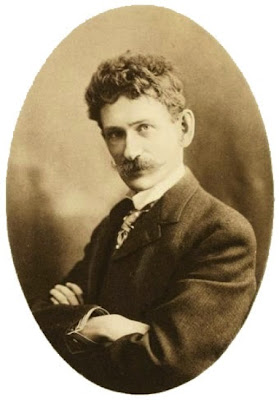 Newell was one of the most popular illustrators of his day and his style helped define the turn of the century era.  His work appeared in all of the most popular magazines (Harper's, McClure's, Collier's Saturday Evening Post, Scribner's, etc.) and graced the novels belonging to authors like Lewis Carol, Mark Twain, and Stephen Crane. 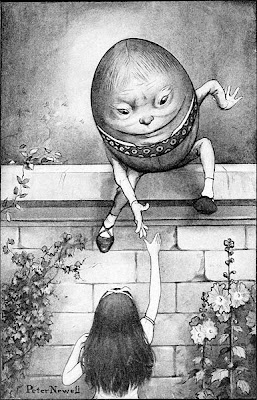 Newell's Humpty Dumpty from Carroll's Through the Looking Glass

Newell's humor was evident in so much of his poetry and illustration. 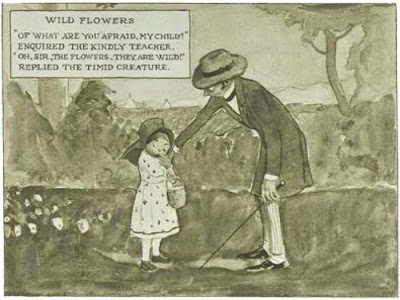 "Of what are you afraid, my child?"
Enquired the kindly teacher.
"Oh, Sir, the flowers, they are wild!"
Replied the timid creature. 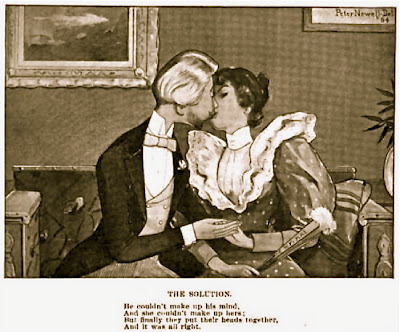 Newell also authored a number of popular novelty children's books.  Among these were Topsys and Turvys in which pictures could be viewed from either right side up or upside down. 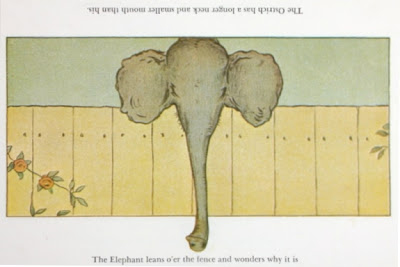 The Elephant leans o'er the fence and wonders why it is 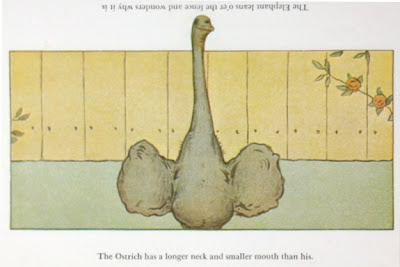 The Ostrich has a longer neck and smaller mouth than his.

Another creative book was Newell's Slant Book which was produced a rhomboid shape with pictures and text to match. 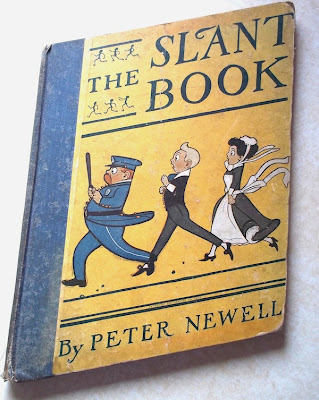 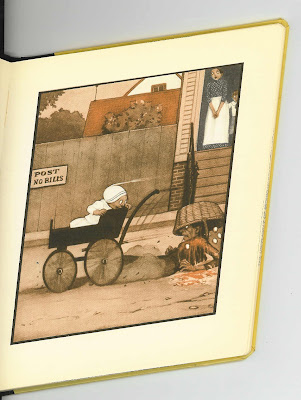 Newell's ingenious Shadow Book contained blank images with a silhouetted shape that seemed recognizable, however when held to the light with the image on the next page, the silhouette in the oval would change into another form altogether. 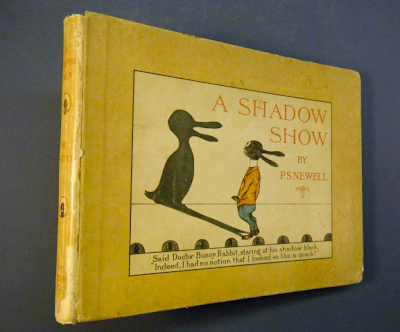 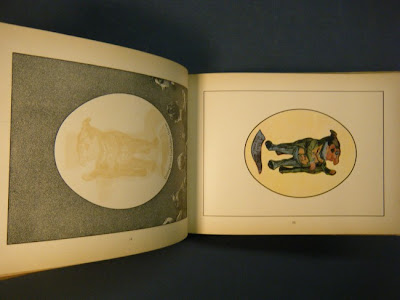 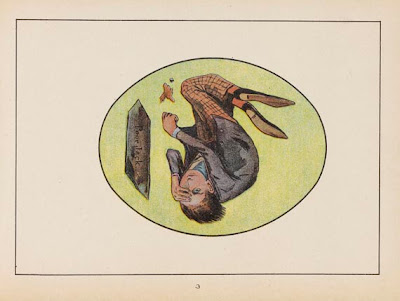 One of my favorites was his Hole Book where a physical hole was drilled through the book and a travels of a bullet accidentally fired by a boy are detailed. 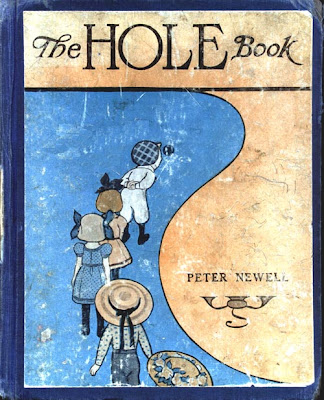 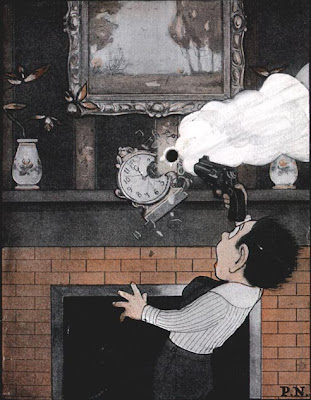 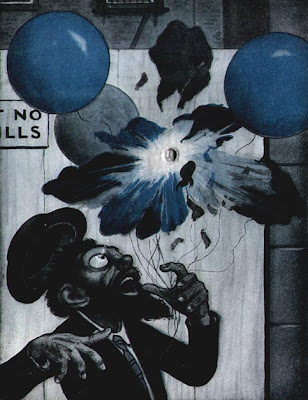 If you've never seen the book, it may be viewed online HERE, but it's far more fun for a kid to see the actual hole and place a finger in it. 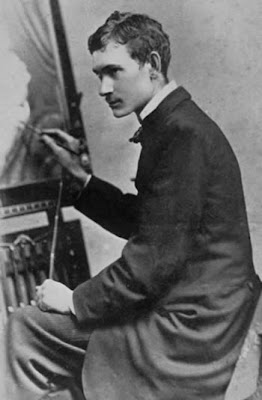 A younger Newell at work 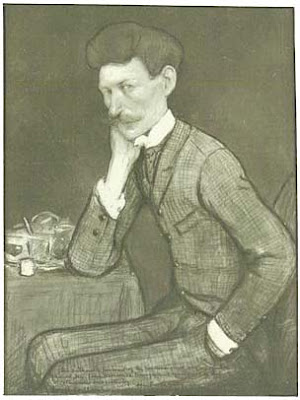 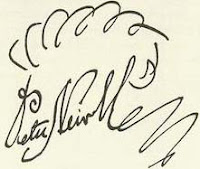 Well Nate I was just going to make a wild guess.

Sort of looked like the mystery person and he had a boy scout connection.

I just went back to your page and found the Sunday posting, Oh well.

What a great blog. I looked up The Slant Book on Amazon and it is so charming. I wish I had known about this book when my daughter was a child. thank you

He was very creative! I love the bullet hole book (and the other books you showed us). Thank you for sharing!

Love his sense of humour which he felt the need to also express in his signature.
Now I'll look for the books.

What fun! I especially liked the elephant/ostrich and the portrait/signature.
Thanks, Nate.

Anon, wow, you are correct, the picture does look a lot like Seton! I didn't make the connection myself.

He is my great grandfather. I never knew his, but his work was framed and hung on ur walls, I grew up to be an illustrator too.

good could be downloaded and install from below Terrarium TV with geographical restrictions in their database. best.

you don't ought to pay your cable operator to amass these services you tv player apk download we are going to discuss on a way to transfer You TV Player for iOS.