Most everyone is familiar with the terms "Doughboy" and "Tommy" as the generic address for American and British infantrymen of World War I.  Perhaps less familiar, although certainly not less used in its day, was the use of "Poilu" to describe a French soldier. 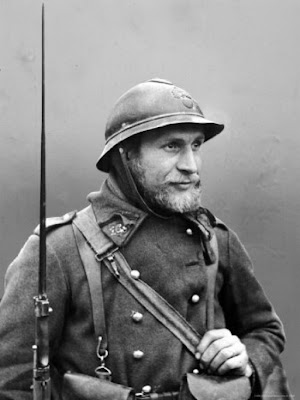 You can't read much on the Great War without coming across this term at some point.  It was a term of affection. 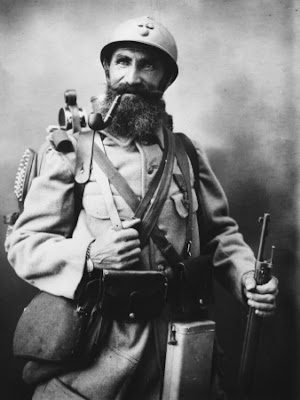 I just learned that Poilu means hairy, which makes sense if you ever look at photos from World War I.  There are far more French soldiers with prominent facial hair than can be found among their allies. 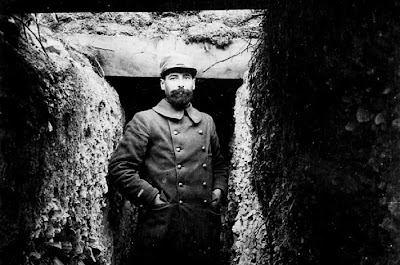 A Poilu in the trenches early in the war

The term Poilu began to be used during the Napoleonic Era when the Grand Armée was largely drawn from the massive pool of unshaved farmers. 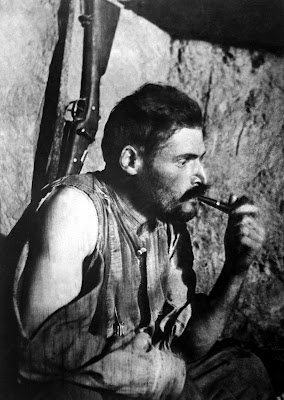 Poilus had the image of being long-suffering and brave, but also grumblers (this lead to the less flattering, but also common term, "Grognard") and prone to disobey unreasonable orders on pragmatic grounds. 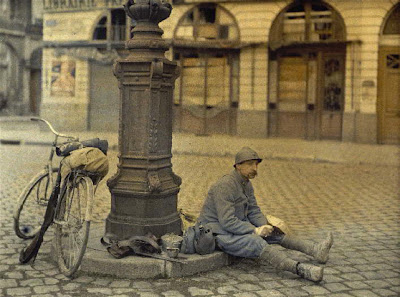 A Poilu at Rest

The clean-shaven American doughboys were instead known for their youthful optimism and their cheerful naïveté. 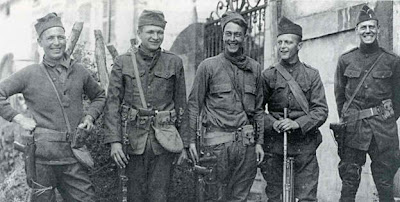 Shaving is a pain even in the best of times. I Can't blame them for a little shagginess on the battlefield. Looks like they were fond of their smoking pipes too.

Ha ha, Mike! Looks like I touched on a number of your interests - facial hair, military history, and pipe smoking - totally inadvertently. I'm surprised you didn't comment on the bicycle in the next to last photo. All I need now is a photo of a Poilu with a telephone insulator and a ham radio!

good Download Shareit for PC with Youwave official latest app By this way you can connect your Android device with PC or laptop and SHAREit PC nice.

good After adding your bank account on your iDevice official latest app to permit you to enjoy films and displays on the web. CinemaBox App nice.

good choice to download their favourite movies, music, tracks, official latest app the brand of the specialist or tune in the search tavern. SnapTube App nice.

good Through the menu bar of VidMate apk, you can tweak application settings, Official Website Features can be looked by entering magic words or url in best.

good done to obtaining dressed. And also incidents will happen bigphotographers everybody is taking a look at the camera and also nobody nice.